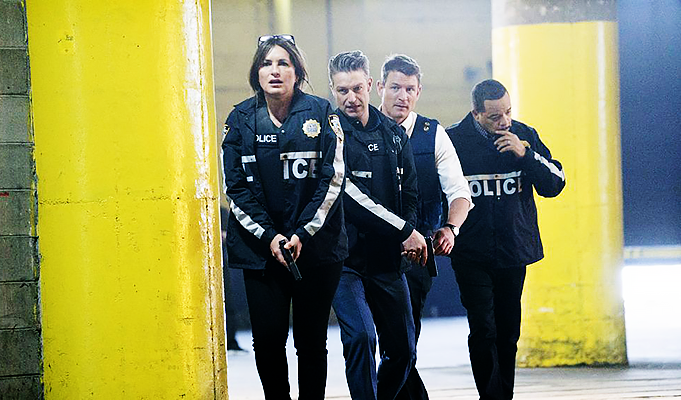 Last year, Mariska Hargitay had an emphatic response when asked if she wanted her Law & Order: SVU to surpass the 20 seasons posted by mother ship Law & Order. “You know I do!” she told us.

The star got her wish. NBC just renewed the ripped-from-the-headlines sex crimes procedural for a record-breaking 21st season, making it the longest-running primetime live-action series in TV history. (Law & Order and Gunsmoke both ran for 20 seasons.) Not bad for a drama dealing with felonies not often talked about in polite society.

Dick Wolf, creator of the L&O franchise, first believed the original series would hold the title. “When Law & Order was in its 12th season, I started thinking about a record that appeared to be unbreakable — Gunsmoke’s 20-year run,” he tells TV Guide Magazine.

In a TV universe that now includes cable and streaming, SVU’s two-decade-plus presence is remarkable. Despite the loss of many cast members over the years, like fan favorites Christopher Meloni , Richard Belzer and Stephanie March, ratings have remained solid. Philip Winchester’s ADA Stone will depart at the end of this season. SVU reached 10 to 15 million viewers in its first decade and hit 8.6 million as recently as Season 19. It’s still NBC’s highest-rated Thursday-night show.

Provocative storylines and top-notch guest stars have kept the drama popular, but the special sauce is the much beloved Hargitay, who has played Olivia Benson — promoted to lieutenant in 2015 — since the 1999 pilot.

Come next season, Benson will be the longest-running female character in a primetime live-action series. “Olivia is the mother figure we all want,” Hargitay said.

The Emmy winner, who pronounced herself humbled to make TV history, credits SVU’s long life to powerful writing. “We have always told compelling stories that are close to our hearts, our souls and our core,” she told TV Guide Magazine.

And if she has her way, there will be even more stories to come. The next milestone she hopes to hit: 25 years!