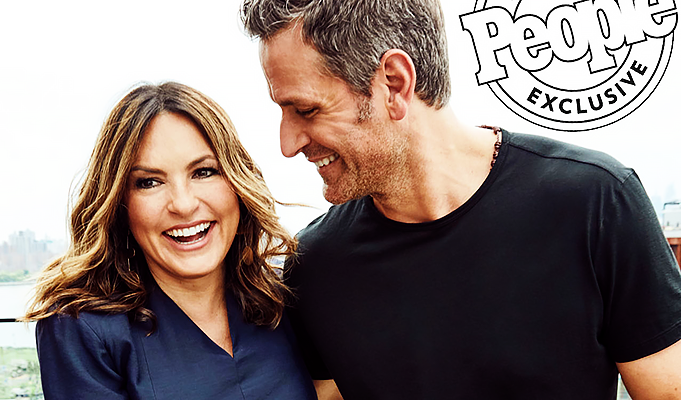 Mariska Hargitay and Peter Hermann Reveal Laughter Is the Key to Their 15-Year Marriage.

Covering this week’s issue of People, the couple sweetly reflects on their long-lasting relationship.

In the celebrity-romance department, lasting relationships are considered especially rare — and few have defied the odds quite like Mariska Hargitay and Peter Hermann.

Sitting down exclusively with PEOPLE in this week’s issue, on stands Friday, the New York City-based couple reveals the key to their 18 years together, 15 of which they’ve spent as husband and wife: the laughter that flows freely between them and their family. (The two are parents to sons August, 12, and Andrew, 7, and daughter Amaya, 8.)

“I never thought I would have this much laughter in my life,” says Hermann, 51, who has reached a new level of stardom in the TV Land hit Younger, playing dashing publishing mogul Charles.

“Not just actual laughter,” he adds. “But also the way that Mariska is just the embodiment of laughter — of joy.”

“It’s not that we don’t fight,” adds Hargitay, 55, longtime star of Law & Order: SVU, where she plays the crusading Lieutenant Olivia Benson.

But the actress, who also helms the Joyful Heart Foundation for abuse survivors, says seeing the absurdity in certain squabbles has proven to be crucial, as well as finding life’s silver linings.

The pair met when Hermann guest-starred on SVU in 2002 and they instantly clicked. Nearly two decades later, they are remarkably attuned to each other — when Hargitay suddenly furrows her brow, Hermann quickly says, “Bless you,” seconds before she actually sneezes — and their banter is easy and filled with good-natured ribbing.

For more on Mariska Hargitay and Peter Hermann, pick up this week’s issue of People, on newsstands Friday.